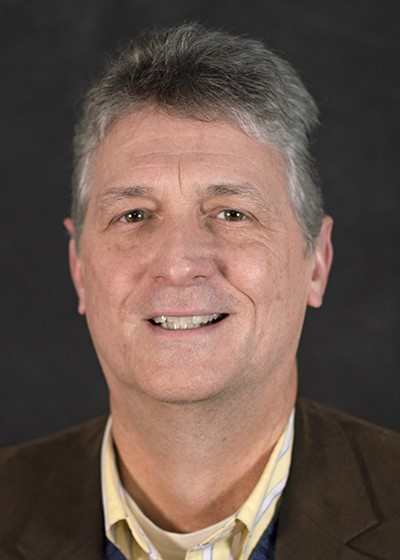 Bill Groves is an Associate Professor of Industrial Health and Safety at Penn State University.  He has a B.S. in chemical engineering from Case Western Reserve University, and MPH and PhD degrees from the University of Michigan.  He has over 30 years’ experience in the field of environmental health and safety engineering and has worked previously for Newport News Shipbuilding, Dow Chemical, and Aetna.  His research interests have focused on the development and evaluation of sensor-based instrumentation for occupational and environmental exposure assessment.

The proposed integrated monitoring and response systems will enable rapid response to detected elevations in respirable dust concentrations including actions such as the dispatch of water trucks to reduce dust on haulage roads, use of water sprays at digging and loading benches and for dumping at the crushing facility, the repair or adjustment of existing control (e.g. ventilation) systems, or the investigation of previously unidentified sources or variables of exposure. The ability to measure exposure to respirable dust in real-time allows for an immediate and proactive control response to what can often be very transient exposure scenarios, and for which traditional sampling and analysis approaches are ineffective. Knowledge gained through the use of the integrated monitoring and response system can also be used by other researchers to develop more effective dust control technologies that target true sources of high dust concentrations. Successful development and deployment of these systems as well as the use of the resulting monitoring results in the development of improved interventions and ongoing training of workers in surface mines is expected to reduce the occurrence of coal worker’s pneumoconiosis (CWP) within this population.

Traditional biomass sources such as wood chips and saw dust have been reported to be associated with occupational health problems such as respiratory illnesses. These respiratory illnesses are caused by dust, microorganisms and endotoxins and are directly dependent on their respective air borne levels (A M Madsen, 2006). Some examples of these respiratory illnesses include organic dust toxicity syndrome (ODTS), altered lung function, asthma and nasal irritation (Mulloy et al., 2013). The information that we have pertains to more traditional biomass sources and there is little information pertaining to biomass from Switchgrass and Miscanthus.  In our study we are collaborating with Biomass Crop Assistance Program (BCAP) funded Switchgrass and Miscanthus processing facilities Ernest Seeds and Aloterra Energy, respectively. These companies produce a wide array of products including pellets for energy from Switchgrass biomass and, compostable packaging and natural absorbents from Miscanthus biomass. The specific objectives of our study are to investigate exposure levels, and physical and biological characteristics of airborne particulates associated with harvesting, storage, transportation and processing of solid biomass at these facilities. We expect this study to help us classify some of the novel hazards associated with the new biofuel industry.

A study was conducted to examine whether there are significant differences between organic vapor concentrations measured using activated carbon sorbent tubes with three different sample holder configurations:  no sample holder (open tube), and using SKC- and Buck-brand sample holders.  A two-level fractional factorial experimental design was used with the following factors and levels:  Vapor (low boiling point, high boiling point), Pump Type (pulsating, continuous), Exposure Profile (variable, constant), Flow Rate (30 mL/min, 200 mL/min), Duration (30 min, 80 min), and Sample Placement (mannequin, free-hanging).  Two of each sample holder configuration (six total) were placed in an exposure chamber and a dynamic test-atmosphere generation system was used to prepare atmospheres containing approximately 12 ppm n-hexane (low b.p. vapor: 69 ºC) or m-xylene (high b.p. vapor: 139 ºC) with exposure profiles and sampling conducted according to the run sheet generated from the experimental design.  A total of 24 runs were completed with six samples collected per run, yielding 144 samples which were analyzed by GC/FID.  Concentration results for each pair of SKC- and Buck-brand sample holders were averaged and normalized by dividing by the average result for the open-tube sampler from the same run to eliminate the effect of daily variation in chamber concentrations.  The resulting ratio of sample tube holder and open tube concentrations was used as the response variable.  Results of ANOVA using the General Linear Model (MINITAB Release 14) identified Flow Rate (p=0.006) and Sample Holder (p=0.021) as significant factors.  However, the magnitude of the effect was small with the mean concentration ratio ranging from 0.99 -1.04 for the Flow Rate effect, and from 0.99-1.03 for the Sample Holder effect.  These results suggest that exposure assessment errors resulting from use of sorbent tube sample holders for organic vapor monitoring are relatively small and not likely to be of practical importance.

In this study, characterization of the effects of various safety intervention activities is undertaken through the use of different statistical regression modeling approaches.  Attempts were made to extract incident rate (IR) prediction models using Partial Least Squares (PLS), Ordinary Least Squares (OLS), and Stepwise regression methods. The performance of each approach was compared using statistical modeling metrics and the IR prediction ability of each model was evaluated through the use of separate model calibration and validation data sets.  Data was available from the Forestry and Construction Services Groups, which are two different operating units within the Hydro One Company in Canada. The Forestry Services data was collected as part of a previous project and consisted of 30 weeks of data, while the Construction Services data was compiled over the course of the current study and consisted of a total of 63 weeks of data spanning January of 2009 through the first quarter of 2010.  Collected data consisted of weekly time sheets from each supervisor/team and included the number of hours devoted to various intervention activities as well as the total number of hours worked and the number of incidents.  Intervention activities (expressed as percent of total work hours) were treated as input variables for regression models and were categorized as follows:  Factor A - Safety Awareness and Motivation Activities, Factor B - Skill Development and Training Activities, Factor C - New Tools and Equipment Design Methods and Activities, and Factor D - Equipment Related Activities.  The specific goals of this project were to:  1)  Determine whether PLS regression models predict IR better than previously published OLS regression models which include the four intervention factors and all interaction terms as input variables, and compare performance with stepwise regression based models, 2) Evaluate the performance of IR prediction models developed for one operating unit when applied to new data from another operating unit within the same company, and 3) Identify intervention activity application rates that appear to be associated with the lowest incident rates.

The objective of this study was to assess the potential for using artificial neural networks (ANN) to predict inspired minute ventilation () during exercise activities. Six physiological / kinematic measurements obtained from a portable ambulatory monitoring system, along with individual’s anthropometric and demographic characteristics, were employed as input variables to develop and optimize the ANN configuration with respect to reference values simultaneously measured using a pneumotachograph (PT).  The generalization ability of the resulting two-hidden-layer ANN model was compared with a linear predictive model developed through partial least squares (PLS) regression, as well as other predictive models proposed in the literature. Using an independent dataset recorded from nine 80-min step tests, the results showed that the ANN-estimated  was highly correlated (R2=0.88) with  measured by the PT, with a mean difference of approximately 0.9%. In contrast, the PLS and other regression-based models resulted in larger average errors ranging from 7-34%.  In addition, the ANN model yielded estimates of cumulative total volume that were on average within 1% of reference PT measurements. Compared with established statistical methods, the proposed ANN model demonstrates the potential to provide improved prediction of respiratory ventilation in workplace applications for which the use of traditional laboratory-based instruments is not feasible. Further research should be conducted to investigate the performance of ANNs for different types of physical activity in larger and more varied worker populations.

The overall goal of this project was to develop and test a personal sampling system for measuring workplace protection factors (WPF) for gases and vapors. The system consists of a low-flow sampling pump with stroke counter, a solenoid valve for directing the sampling flow stream, a pressure transducer designed to sense differential pressure inside the respirator, and a multi-channel data-logging unit for recording the output from the pressure transducer as well as a transducer for measuring heart rate. The pressure transducer and solenoid valve are designed to allow sampling of the air inside the respirator face-piece during the inhalation portion of respiration, while the ambient environment is sampled during the exhalation phase.  The system is relatively small and light-weight, allowing the unit to be worn easily on a worker's belt, and has adequate battery power to operate for at least a full 8-hour shift.  The resulting personal sampling system should be a valuable tool for researchers interested in measuring WPFs for gases and vapors for the purpose of developing or evaluating Assigned Protection Factors (APF), or in exposure assessment for specific applications of respiratory protective equipment.