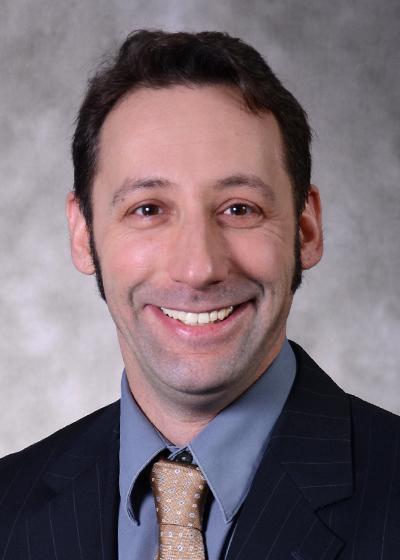 Seth Blumsack is Professor of Energy and Environmental Economics and International Affairs in EME and Director of the Center for Energy Law and Policy. He is also on the External Faculty of the Santa Fe Institute. Dr. Blumsack’s research centers on the electricity and natural gas industries; environmental management related to energy and infrastructure; resilience of energy infrastructure; regulation and deregulation in network industries; network science; risk analysis; and managing complex infrastructure systems. He has been studying the electric power industry through academic and consulting affiliations for more than fifteen years. He has authored or co-authored more than fifty scientific papers; book chapters; and articles in industry and popular press, with research funding from the U.S. National Science Foundation, Department of Energy, Environmental Protection Agency, and private industry. He has consulted with the American Public Power Association, Bayer Materials, the Congressional Research Service, the Consortium for Risk Assessment and Stakeholder Participation, the National Renewable Energy Laboratory, the Idaho National Laboratory, the U.S. Department of Energy, the U.S. Environmental Protection Agency and numerous electric utilities and State Public Utility Commissions.

Interdependent Natural Gas and Electricity Systems (sponsored by the National Science Foundation): As the power grid shifts rapidly towards natural gas for electricity generation and away from other fuels, the grid becomes more dependent on the deliverability of fuel from the natural gas transmission system. Extreme winter cold events have raised questions about the capacity of the natural gas pipeline system to deliver sufficient fuel to power plants. This interdisciplinary program of research, which integrates economics, optimization and computer science, develops computational models for the joint planning and operations of coupled natural gas and electric power systems that captures non-convex flow phenomenon as well as processes of price formation for electricity and natural gas. The project has also developed computational test beds with realistic gas and power grid topologies. The models, which are open-source and can be accessed on Github at lanl-ansi/micot-gasgrid, are useful for evaluating infrastructure planning alternatives, electricity and gas pricing systems, and network resilience.

Governance of Regional Transmission Organizations (sponsored by the National Science Foundation): Regional Transmission Organizations (RTOs) facilitate the delivery of roughly 70% of all electricity consumed in the United States, and are responsible for keeping the power grid reliable. They must also adapt their planning and market rules to a rapidly changing technological and regulatory reality. This project studies how RTOs as complex and stakeholder-driven organizations make decisions. The research combines qualitative methods on organizational behavior with methods from political economy and social network analysis to uncover the political dynamics of RTO decision-making and to understand why some decisions are harder and others easier.

Smart Grids and Consumer Behavior (sponsored by the Department of Energy and private industry): Dr. Blumsack has worked with multiple electric utilities in Vermont to study how information from advanced metering infrastructure could be used to induce greater energy conservation and other changes in electricity consumption behavior. We ran multiple pilot programs over a period of five years involving different types of electricity consumers and different electricity pricing systems. We found that while electricity consumers do, on average, respond to high price events by shifting electricity to other time periods, we found little evidence of conservation overall. Moreover, individual consumer responses from event to event were highly variable and do not appear correlated with socioeconomic factors. Based on survey data, we also detected some confusion among consumers regarding the way that electricity pricing programs work and the role of the smart grid in making electricity systems more efficient.

Power Grid Reliability (sponsored by the Department of Energy, National Science Foundation and private industry): Dr. Blumsack has worked on multiple projects related to the reliability of the power grid, developing tools in the area of complex network analysis. This body of work concludes that network topology is a poor predictor of the propagation or magnitude of electricity blackouts; and is also a poor mechanism for identifying critical elements in complex networks. Dr. Blumsack has also studied the value of distributed generation in promoting network resilience, and has studied operational tradeoffs in cost and reliability between highly interconnected electric systems that move power over long distances, and smaller-scale local systems.

Student co-authors are marked with an asterisk (*)