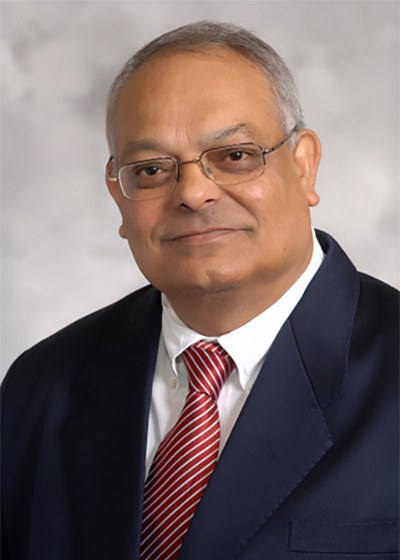 Dr. Sukumar Bandopadhyay is currently the Director of Mining Analytics, International (MAI), a consulting (LLC) firm with expertise in Big Data, Data Analytics, and Artificial Intelligence. Prior to starting his own consulting services he served as a Professor of Mining Engineering for more than three decades at the University of Alaska Fairbanks. He has also served for several years as the Dean of the School of Mineral Engineering, Head of the Mining and Geological Department, Director of the Mineral Industry Research Laboratory, and Director of the Petroleum Development Laboratory at the University of Alaska Fairbanks.

Dr. Bandopadhyay has received the Carol Feist award for outstanding undergraduate advising at the University of Alaska Fairbanks. He received the 2000 Society for Mining, Metallurgy & Exploration’s (SME) Coal Division Distinguished Service Award, and also the 2007 Ivan B. Rahn Education Award, and the 2010 Howard N. Eavenson award for his distinguished contributions to the advancement of coal mining, advancement of the coal industry by research, invention, publication or advances in mining and development methods from SME. He also received the 2011 Percy W Nicholls Award from SME “for his notable contributions to the advancement of Solid Fuels in the State of Alaska and for his scientific achievements in the field of solid fuels,” and the 2012 AIME Mineral Industry Education Award “for his leadership in the advancement of mining education in Alaska, successful mentoring of students worldwide, and promoting responsible and sustainable mining in the Arctic.” He has been selected to receive the AIME Erskine Ramsey Medal (2019) for “his notable contributions to the development and advancement of Alaskan Coal resources and advancement of health and safety, and productivity in coal mines through research and professional leadership in SME’s Coal and Energy Division.”

Dr. Bandopadhyay is a distinguished alumnus of the Indian Institute of Technology Banaras Hindu University (IIT-BHU), and a Centennial Fellow of The Pennsylvania State University. He is a Distinguished Member of the Society for Mining, Metallurgy, and Exploration. He has served in various capacities in SME/AIME and in the Coal Division. He is a past chair of the Coal Division (2000 & 2018), Past-chair and Vice-President of the Golden Northwest Region, and has served on the SME Board of Directors. He is a past chair of the Alaska Section of the SME.

Dr. Bandopadhyay served on the National Occupational Research Agenda (NORA)—Mining Sector Committee (NIOSH/CDC), Research Advisory Board of NIOSH/CDC and also on the Pogo Mine Environmental Compliance Group of the State of Alaska.