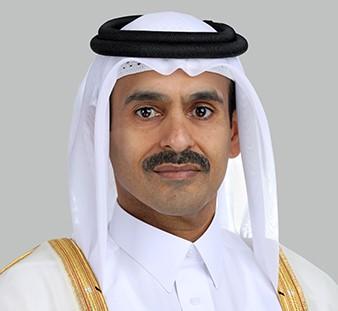 As the first of our “EME Alumni Fellow Seminars” we are hosting a talk by His Excellency Mr. Saad Sherida Al-Kaabi, the current Minister of State for Energy Affairs in Qatar, and the President and CEO of Qatar Energy. He will be joining us via Zoom to talk about his career experiences and his days at Penn State.

His Excellency Mr. Saad Sherida Al-Kaabi is the current Minister of State for Energy Affairs in Qatar, and the President and CEO of Qatar Energy, the state owned corporation which operates all oil and gas activities in the State of Qatar.

Immediately after graduation, he joined Qatar Energy’s Reservoir & Field Development Department where he progressed through various petroleum engineering, technical, commercial and supervisory positions. He then became the Manager of Gas Development, responsible for North Field management and development where he and his team played a key role in the rapid launch of many mega gas projects based on the most up-to-date technologies.

In 2006, he was appointed as the Director of Qatar Energy’s Oil & Gas Ventures Directorate, where he oversaw the development of Qatar’s oil and gas fields as well as all exploration activities in the country.

In September 2014, Mr. Al-Kaabi was appointed as Qatar Energy’s President and Chief Executive Officer, where he oversaw Qatar Energy’s gas, oil and petrochemical developments in Qatar and internationally.

On November 4, 2018, His Excellency Mr. Saad Sherida Al-Kaabi was appointed Minister of State for Energy Affairs and Cabinet member of the State of Qatar, and Deputy Chairman of Qatar Energy, in addition to his position as President & CEO.